Lamington: First published recipe in Australia of how to make this Australian culinary icon - 17 December 1900

This is believed to be the first published recipe of the world-famous Australian lamington, named after the Governor of Queensland from 1896 to 1901, Lord Lamington.

It pinpoints the creation of the lamington between 1896 and 1900.

The chocolate icing and dessicated coconut were still to come.

Beat butter and sugar; add eggs well beaten with the milk, sift in flour and baking powder; flavour with vanilla or lemon to taste.

Cut in squares next day. 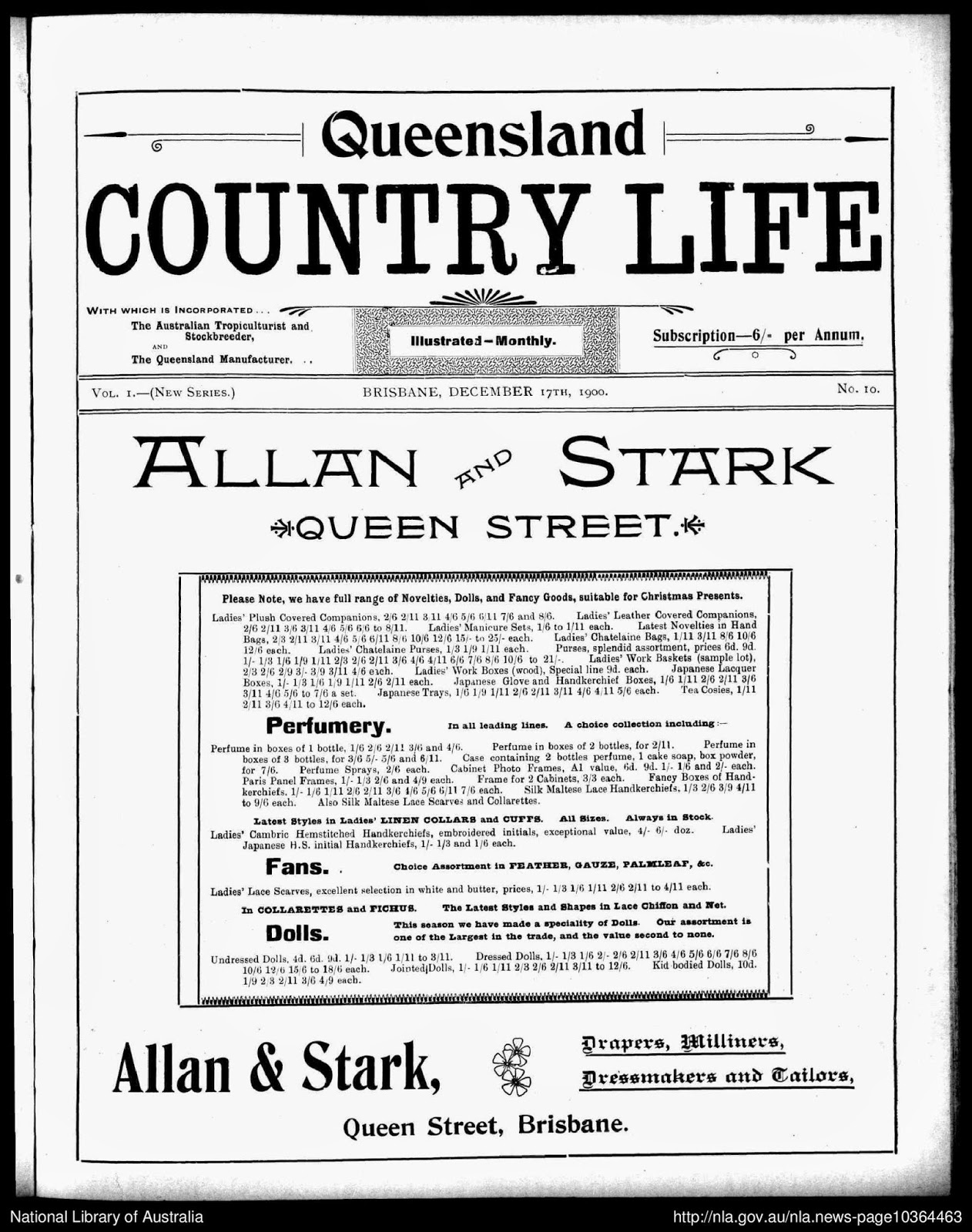 Preheat the oven to 190C. Grease and line the base and sides of a 20cm square cake pan with baking paper. Fill a sink one-third full with water. Place eggs and sugar in the bowl of an electric mixer.

Using a sieve, sift just enough flour to cover the top of the egg mixture. Using a large metal spoon, fold in flour in one light motion. Repeat sifting and folding with remaining flour until just combined.

Combine vanilla and butter in a bowl, then add a large spoonful of batter and stir to combine. Gently fold the butter mixture into batter until just combined, then spoon into the prepared pan.

On a work surface, spin the pan to level, then bake for 25 minutes or until centre springs bake when pressed with your fingertip. Cool in pan for 5 minutes, then turn out onto a wire rack to cool completely. Freeze for 20 minutes; this will make the sponge easier to cut.

To make icing, stir butter and milk in a heatproof bowl over a saucepan of gently simmering water until butter is melted. Sift over sugar and cocoa, then stir until smooth. Turn off heat.

My note - I didn't use the double-boiler method as described here to make the icing, I just put the ingredients in a saucepan and had the burner set very, very low.

Using a large serrated knife, trim sides of sponge, then cut into 16 cubes. Scatter coconut over a tray. Insert a skewer into the crust side of a piece of sponge (don't go all the way through). Holding the skewer over icing, and, holding a spoon in the other hand, spoon icing over the sponge, rotating the skewer to coat evenly. Shake off excess, then slide sponge off the skewer onto the tray of coconut. Scatter coconut over the top and sides of sponge, then transfer to a tray lined with baking paper. Repeat with remaining sponge cubes, icing and coconut. If the icing starts to thicken, stir in a little water to thin.

My note - using a skewer was useless! I ended up just dropping the sponge cube into the icing, spooning icing over it, then using a fork to lift it out and sit it on the coconut.

Your health: How to make sugar-free lamingtons

3. Add eggs one at a time, beating well after each addition (if mixture curdles keep going it will still work fine).

4. Sift half of the flour over the butter mixture. Stir to combine. Add half the milk. Stir to combine. Repeat with remaining flour and milk. Spoon mixture into prepared pan and smooth surface. Bake for 30 minutes or until a skewer inserted into the centre comes out clean. Stand in pan for 10 minutes. Turn out onto a wire rack. Allow to cool completely.

6. Cut cooled cake into 15 pieces. Place coconut in a dish. Dip one piece of cake in icing. Shake off excess. Toss in coconut. Place on wire rack over a baking tray. Repeat with remaining pieces of cake, icing and coconut. Stand for at least 1 hour or until set.
Note

Gluten-free option: Replace flour with a gluten-free self raising flour.

Paleo option: Replace flour with 1 cup almond meal and 3/4 cup coconut flour. Add an extra egg and 2 teaspoons of baking powder. You could also replace butter with coconut oil and milk with almond milk if you don't eat dairy. This may take a bit of experimenting we haven't tested a Paleo version.

We advise eating sweet foods like this one as occasional treats only. Also, we encourage you to cut the sweetener down even more if you can. Read more on our stance here.

The now-defunct Sydney Mail may have published for the first time the full recipe for the humble Australian lamington.

On Saturday 12 October 1901, the newspaper printed the following article in answer to readers' enquiries:

Housewife will answer all questions in this column relating to the House, Cookery, Fashions, &c. Rules :— 1. All patterns and plans must bear owner's name and pseudonym, and must be sewn in the letter accompanying them. 2. All letters to have a list of questions, which must be concisely and clearly written at the end, the writer's pseudonym plainly written at the top.

To make a most delicious cake suitable for afternoon tea I can recommend the following recipe. Lamington cake: Take one cup butter, three cups flour, two cups sugar, five eggs, leaving out the whites of two for icing, one small cup milk, one small teaspoonful carbonate of soda, two small teaspoonsful cream of tartar dissolved in the milk.

Rub the butter and sugar together; add the eggs and milk with the flour in which the soda has been mixed. Bake for 20 minutes in long flat tins, and when cold cut into small blocks and ice all ever with an icing made as follows: 1/4lb. butter, 1lb. icing sugar, beaten well together.

Add the whipped whites of the two eggs, with three large tablespoonsful grated chocolate (or cocoa of a dark colour) essence of vanilla to taste. Cover the blocks all over, and immediately roll them in desiccated cocoanut.

This cake is delicious, and well worth trying.