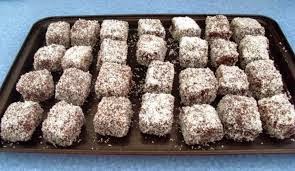 FLOUR and Bean Bakery in Toowoomba has taken out the Royal Agricultural Society of Queensland King of the Bakers.

The Toowoomba Royal Baking Show saw independent bakeries compete against Woolworths and Coles bakers from across Queensland with medals and major prizes awarded across 41 categories.

More than 450 breads, cakes, pies, sausage rolls, macarons and hot cross buns were put under the microscope during a frantic day of judging.

They also took out champion load of the show with a 1800g white married loaf.

Antony's Bakery and Patisserie Toowoomba won the best commercial bread of the show as well as taking out the inaugural macaron award.

The best lamington was again won by Mitchell Bakery.