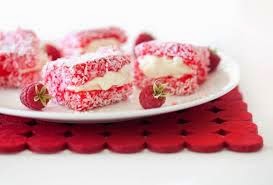 This is as decadent as it gets!

01
Preheat oven to 180C. Melt half the chocolate and half the butter in a bowl over a saucepan of simmering water, stir until smooth and keep warm. Whisk half the eggs and half the sugar in an electric mixer until pale and tripled in volume (5-6 minutes). Triple-sieve half the flour, half the cocoa and half the baking powder into a large bowl. Fold flour mixture into egg mixture in two batches, then fold in chocolate mixture, spoon into a 21cm-square cake tin buttered and lined with baking paper and smooth top. Bake until centre springs back when lightly pressed (25-30 minutes) and cool on a wire rack. Repeat with remaining ingredients.

02
Meanwhile, for raspberry jam, stir raspberries, sugar and lemon juice in a saucepan over medium-high heat until sugar dissolves, bring to the boil and cook until jammy (8-10 minutes), then cool completely.

03
For chocolate-raspberry cream, whisk cream, chocolate and liqueur in an electric mixer until soft peaks form (3-4 minutes; don’t over-whisk or mixture will split), fold in raspberries and refrigerate until required.

05
Meanwhile, for chocolate glaze, stir chocolate and 190ml water in a bowl over a saucepan of simmering water until smooth (2-3 minutes), remove from heat, add icing sugar and cocoa, stir until smooth, then stir in milk.

06
Cut cake into 7cm squares, dip each quickly in chocolate glaze then roll in coconut. Stand until set (1 hour), then serve.

Note: We've swapped the traditional butter cake for chocolate cake in these lamingtons, and raised the stakes with a chocolate cream. If you don't fancy making your own jam, use a tart shop-bought jam.