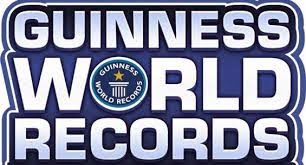 There was more than just excitement in the air when the world's biggest lamington came home to Toowoomba.